A Tutorial Project can be found here. The project needs to be imported in your workspace. To do so, follow these steps:

Once these steps are completed, the unzipped project files can be accessed either from the “Package Explorer” view of Eclipse, or directly in the “Workspace” directory of eclipse (using your favorite browser).

All the tutorial generated code is built using CMake (see below). Most of the demos use PThread for parallel execution and SDL2 and SDL2_ttf for image and video manipulation. In addition, some materials have to be downloaded for proper execution (input video, fonts, …): follow the instruction given in Code/lib/ReadMe.txt and Code/dat/ReadMe.txt of each project to make sure that the required files are in the right place.

For other distributions, see appropriate documentation. Package names should be very similar.

PThread is bundled by default in almost all Linux / MacOSX distribution. If not, refer to your distribution documentation.

Note: SDL2 is NOT thread safe. Make sure all read/display operations of your Preesm applications are always mapped on the same Core.

From SDL about page :

For other distributions, see appropriate documentation. Package names should be very similar.

Understand the Inputs and Run the Workflow

The Introduction project contains folders with the name “Algo” for the algorithm model, “Archi” for the architecture model, “Scenarios” for the parameters and constraints of rapid prototyping, “Code” for the generated code, “Algo/generated” for the exported intermediate information, and “Workflows” for the different available rapid prototyping workflows.

The tested algorithm is a dummy graph called “TestCom”. 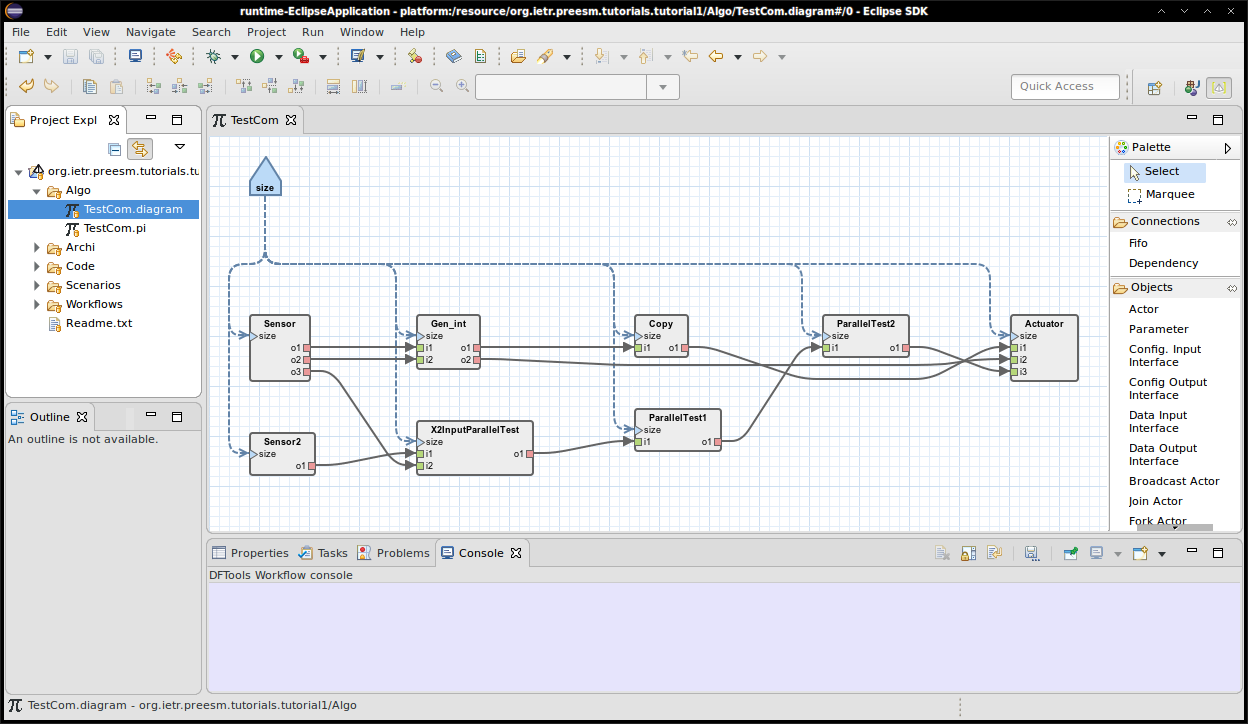 “size” is a parameter influencing the productions and consumption rates of tokens on the data FIFO queues.

A workflow is an executable graph that applies transformations to models. The workflow file available in Tutorial Introduction calls simulation and code generation for a dummy application running on 2 cores communicating via shared memory. To run the workflow, follow these steps:

The execution Gantt chart on two cores looks as the following figure. 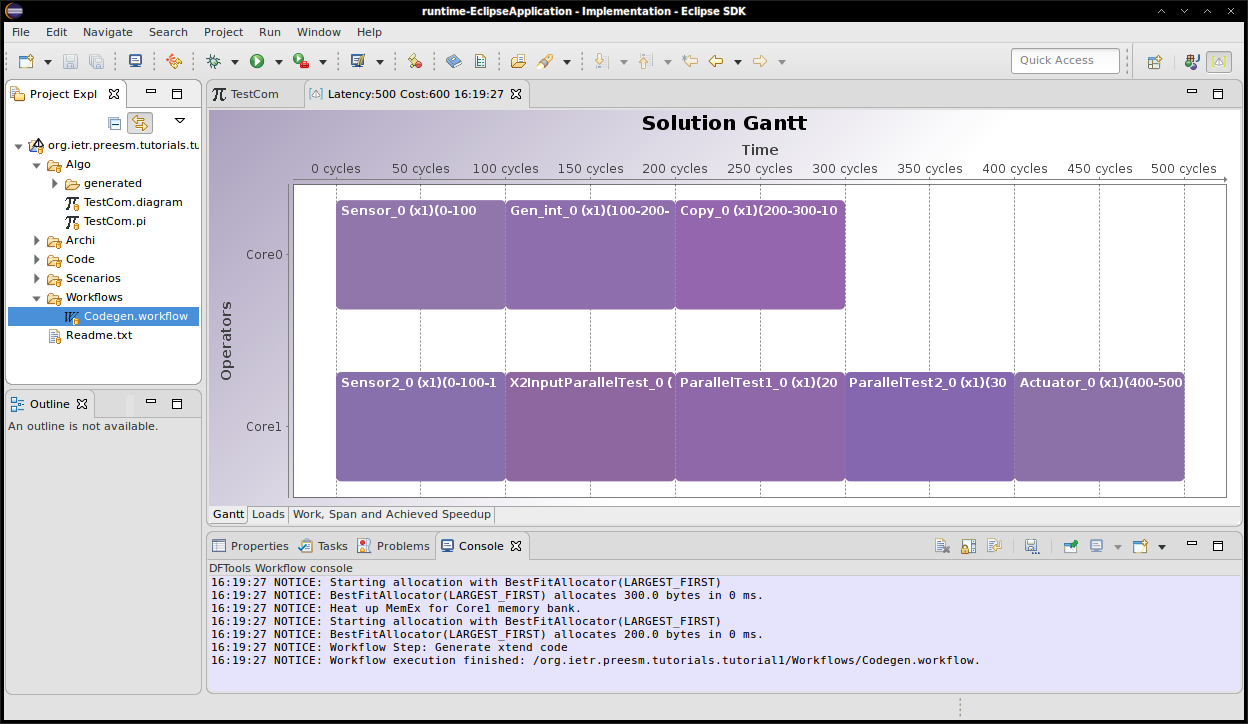 The obtained code simply displays OK if the data was correctly transmitted between data generators and data getters. You can look at the code in “/Code/generated” to understand its shape.

In order to study a more realistic application, try to parallelize the Sobel filter in the next tutorial.